Challenge No 38 – Have a Pamper Night 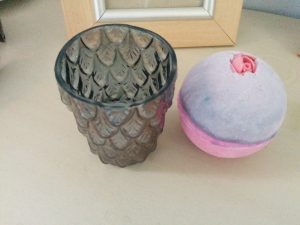 A week before Christmas found me with a night to myself. This was going to be perfect for my pamper night. As well as enjoying my bath, it also meant I had the TVs controls. What a bonus.

A few weeks previously I had braved the lush shop (is that place ever quiet) and bought myself a bath bomb. I went for the sex bomb purely for the colour and smell. As I run the bath, the scent was lovely with a pretty pink colour.

I had bought some beautiful candle holders from Next intending to give them out for presents but I fell in love so kept them for myself. Using festive spice tealights, I lit the candle and “jumped” into the bath.

The bath was certainly a luxury. I normally hop into the shower. Once in, I noticed petal shapes in the water which felt lovely. I didn’t stay in too long as I had a date with Strictly. It was the final and although I hadn’t watched much of the series, I was excited to watch the final without any interruptions! I used a face mask I had but wasn’t over impressed with it and then dressed in my pjs. I settled down to enjoy my show with a ready made meal and a glass of water. I had appreciated that Danny was a favourite and had been from the first show. However I always loved Louise’s smile but when I saw Ore dance, I was convinced he would win. 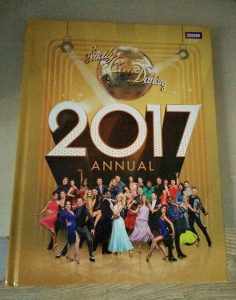 Strictly Come Dancing has always been a favourite of mine and Kathryn’s but neither of us had watched a complete show this series. I was looking forward to it when I had found out Will Young was going to be one of the contestants but he pulled out of the show.

It was great to watch and enjoy the final on my own and I felt for all finalists because they were all great. I was overjoyed when Ore was crowned the champion.

With the TV controls in my hands, I now needed to find out how to use it! I don’t normally get possession of them. It didn’t take long to work out and I found the film I wanted to watch, Still Alice. A few weeks before I read the book and thoroughly enjoyed it. It is about Alice, a cognitive psychology professor, is diagnosed with early onset Alzheimer’s disease at the age of 50.

The book is a real tearjerker as the family and Alice come to terms with the diagnosis. It was the first book written by Lisa Genova and a fantastic read. I was looking forward to watching the film. Julianne Moore played a fantastic Alice. I had my reservations when I realised Kristen Stewart was playing the daughter. She isn’t my particular favourite actress and I never find her happy which wasn’t the character I had in my mind for Alice’s daughter. I did however warm to her as her acting was brilliant. Whilst I enjoyed the film, I did think that watching the film so soon as reading the book is not a good idea. I noticed all the differences between the book and the film. Normally I wouldn’t see a film until a few years after I have read the book but I was a little late in reading this one.

I did enjoy this challenge and will treat myself to this routine regularly. Might have to pay everyone to have another night out so I get the house to myself again!