Challenge number 17 was to visit son in London and I can now tick this one of my list.

Almost 2 years ago, after graduating, Jordan decided to work in London.  As a mum, it was a scary thought.  Kathryn was in university in Cardiff and Jordan was also leaving home.  Even scarier was remembering how on a visit to the ATP World Tour finals at the O2 in 2013, Jordan had looked very scared when we faced a very crowded underground.  He has adapted well to London life and has found what he likes to do.  He does love returning to the peace of our home most weekends though and eating our food! 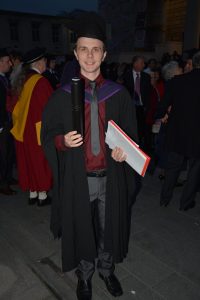 I chose to go up on Sunday to complete this challenge and it was a perfect September sunny day.  Armed with Chris’s oyster card (he didn’t realise how much that was going to take a hit!), I caught the national express coach at 8.20am and aimed to be there at 11am.  A bit of miscommunication between myself and Jordan there – he was expecting me at 11.45.  He had been out the night before but I think he was aiming to have quiet time waiting for me in a cafe so I ruined that for him!

The coach journey up was great.  I caught up with some reading.  The coach pulled into Victoria on time and Jordan was waiting to take me on my adventure.

Normally my trips to London have also included a theatre trip which normally entails rushing to get some food before the performance and then rushing to get transport back home.  Whilst London has such a fast pace about it, I also like finding the slower pace around the rivers.   Whilst having many ideas for the trip, we decided that on this day out we would fly Emirates and try Emirates Air Line, the cable car experience over Greenwich.  To get there, Jordan had decided we would go by river so we headed towards Westminster.  There were a few shops trying to tempt me along the way – how can Clarks shoe shop make their shop display so much more enticing than home and House of Fraser taunted me with their discounts with Clarins – I had already ordered directly so didn’t look!  My credit card stayed firmly in my purse.  However the oyster card was used on the Thames Clipper which we boarded to take us to the O2.  On the way we could see lots of the famous London tourist attractions and Jordan was able to point out where he lived and where he worked.  We were able to catch up on his week.  Jordan had stayed in London this weekend and had visited an air museum the day before going out in the evening to what sounded like a fantastic eating experience with lots of friends. 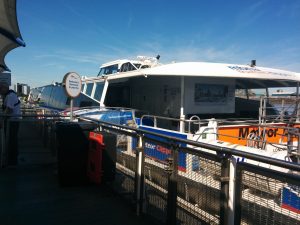 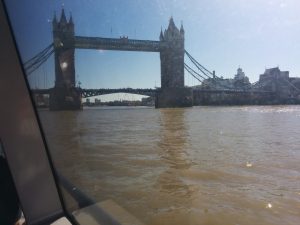 It was now lunchtime so before boarding the Emirates Air Line, we headed to the O2 to find something to eat.  Unusually the O2 was quiet and we had the pick of restaurants with lots of space.  Each one we said we will come back to this one but in the end opted for a burger in the Gourmet Burger Kitchen.  Jordan does love his burgers but normally goes to Byron’s so this was a different experience for him.  Burgers aren’t normally my first choice as I am not keen on all the relishes but I decided to go for the chicken with camembert and cranberry – very messy but so enjoyable.  The service was quick (they were very quiet – still took my plate away before we had finished everything though.  My pet hate at the moment!) and the food was good.  “Fed” up, we headed for the Air Line where the oyster card took another hit!

I am not known for adventure, and going up high is not appealing to me.  Jordan experienced my terror on the Needles chair lift.  Kathryn, who loves to try all fast and high attractions, was lucky enough to enjoy this experience with her Dad – Jordan was lumbered with me.  The first thing he said was, look mum, someone has dropped a shoe.  I was hysterical at this point!  This was different, it was enclosed so I thought I would be able to handle it.  I had also suggested it too! 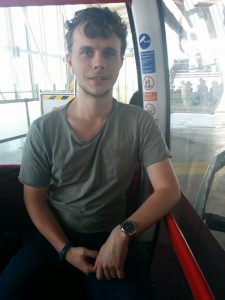 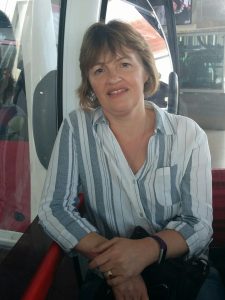 As we headed towards the Royal Docks in our cable car, we were able to see some of London’s heritage.  There is also commentary playing to give you some history of the landmarks.  As you go across, planes come in close to land at the City airport.  Jordan, a keen plane enthusiast, enjoyed that and it was amazing to see them land on what appeared to be a small strip of runway between the docks. 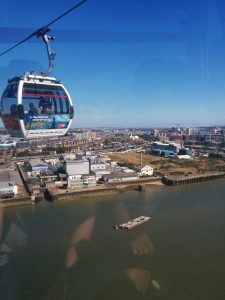 When arriving at the Royal Docks, you almost have a seaside feel about you.  Wake Up Docklands is situated here where you can take part in cable wakeboarding and stand up paddleboarding amongst other things.  The Oiler Bar was very popular to have a drink in.  Unfortunately there were no tables for us.

We walked down towards Excel and found the Royal Victoria Pedestrian bridge which we were able to access by a lift.  We wandered along and enjoyed the views of London again and were able to watch planes take off from City Airport. 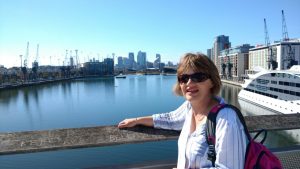 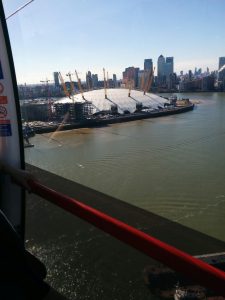 We headed back on the cable cars and enjoyed more views of London on our back to the O2.  It had become very busy there so we headed for our next mode of transport, the underground.  Jordan is a lot more experienced with this now and quickly got us back through busy stations to one of my favourite places (and every other person in London too), Covent Garden.  Missed having our favourite treat, ice cream, with Kathryn last week, so was determined Jordan and I would have one.  We found the busiest parlour in Covent Garden, Morelli’s Gelatos.  Ice cream was a bit expensive but we still queued.  We decided to have a medium with two scoops of ice-cream as only 70p dearer than a small cone.  We were fascinated by the tap which seemed to produce chocolate!  I chose salted caramel and vanilla whilst Jordan chose chocolate chip and vanilla.  The salted caramel was delicious.  Not so keen on the vanilla – that will serve me right for being greedy! 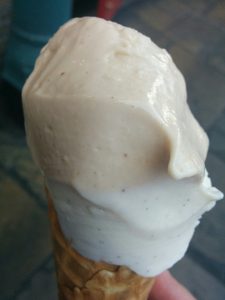 As Covent Garden was so busy we found the Victoria Embankment gardens, one of my favourite places, and enjoyed the peace there.  We then walked back to Victoria for my return journey.

It was a lovely day, weather was beautiful and it was great being in the City where Jordan was working.  There is so much to see and do it London so I look forward to visiting again.