Another tick has been awarded. Well there are three ticks on the page but it does only count as one challenge. 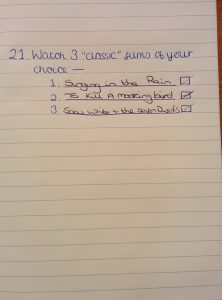 The hardest part of this challenge was which films to choose. The weirdest thing is some of the films I love, I think of modern films: Grease, Flashdance, Airplane; all from 70s and 80s  but are actually classics now. It came as a shock the other night to realise that the series, Just Good Friends, was from 1983, and the gorgeous actor from it, Paul Nicholas, was 72 years old. How time flies.

I have written about Singing in the Rain previously which I had enjoyed. That film brought back memories of my childhood. 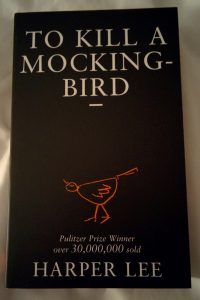 To Kill a Mocking Bird was chosen for two reasons; when my mother was alive, I would visit her every Saturday afternoon and often watch films with her. I had been engrossed in the film but didn’t get to watch all of it. This led me to reading the book. Having partly watched the film first, I could clearly picture Atticus played so wonderfully by Gregory Peck. The story is about prejudice in the 1930s of a small town in the Deep South but narrated through a child. The film is a great adaption of the book and I loved watching the kids being able to play carefree. Atticus had the difficult job of earning a wage whilst bringing up two inquisitive children. A fascinating and enjoyable film to watch. I still have the prequel, Go Set a Watchman to read. It is on my list of things to do after my challenges come to an end. 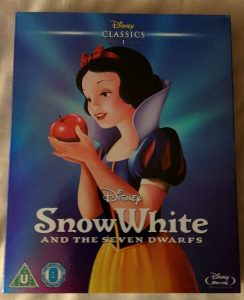 Snow White was the first featured length film by Disney. It was always a particular favourite of mine. As a child, I had the story on a record and would sit for hours with headphones on listening to the story. Who could resist the seven dwarfs; Bashful, Doc, Dopey, Happy, Sleepy, Sneezy and Grumpy. My favourite will always be Dopey. Perhaps my greatest memory when listening to the record was the scene with the wicked queen asking “Mirror, mirrors on the wall, who is the fairest of them all”. It is a Grimms fairy tales which explains the frightening side of the story. I was surprised at how scary the huntsman and Snow White scene was. I certainly don’t remember feeling frightened as a child. In true Disney style though, Snow White, being so sweet and loving, is saved. Everybody falls in love with Snow White, even the hard to please Grumpy but they are unable to protect her from the evil queen.

It has been lovely to watch the classics whilst cross stitching. I have actually watched more films in the last year, and stayed awake, than I have ever done before. One other film I have enjoyed recently is the new Cinderella, a modern day version of the old classic. It did not disappoint me at all, and now, I am looking forward to watching the new adaption of Beauty and the Beast.

Now how many more ticks have I got to get?