Today is my little boy’s birthday. Well, not so little; Jordan is 24 today. Probably not as excited about his birthday as he used to be but he is still home to celebrate with us. 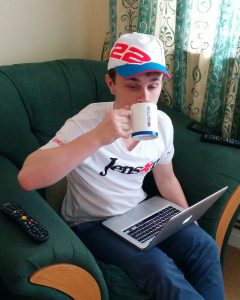 I did get to spend a lovely Saturday with him last week. For Christmas, he had bought me tickets to see the Jersey Boys so we were off to see that. It had been Jordan’s first week back in London in a new job so he met me at Victoria. He was keen to show me his skills with getting around the city.

The day, February 18th, was glorious which was a big contrast to our previous day out on the 9th February which I will share with you later.

After a lovely lunch in a restaurant we found by exploring down a lane, we walked down Regent Street towards Oxford Street admiring all the big shops. On our way back towards the theatre, Jordan did have to consult google maps so he is not so hot on getting about when cutting through the little lanes. We did pass Carnaby Street which I must go back to.

Jersey Boys first opened in London in 2008 in Prince Edward theatre and moved to Piccadilly Theatre in 2014. The final performance is on 28th March. The 2nd national tour has started so the show is hopefully continuing in our local theatres.

Jordan had bought very good tickets in the stalls although they were right in the middle so we had to climb over everyone who had not had a problem finding their way to the theatre! It did mean that we decided to give interval ice-cream a miss.

Jersey Boys is the story of how the Four Seasons were formed and takes you from their downtown beginnings in New Jersey to finding success with their wonderful voices. We learn that The Four Seasons wasn’t their first name, the line up changed many times and whilst finding fame, the competition was tough.

The show was amazing and the cast was fantastic. I did enjoy learning the story about The Four Seasons and recognised all the songs. Whilst I would have heard the songs through my mum’s old record collection (I am sure she had many), my greatest memory of Frankie Valli was singing the title song of Grease and Beauty School Drop Out. Grease is actually one of my favourite top 10 films so very memorable. With so many shows I would like to see, I am going to be a bit picky about shows I see for the 2nd time. Jersey Boys is one I would go to see again because it was an interesting story with great songs.

Whilst we have a great time, Jordan did miss out on flying. He is learning to fly at moment and it is a hobby which is weather dependent. Unfortunately yesterday was too windy for flying so fingers crossed next week he will be able to fly and perhaps go solo (trying not to think about that). 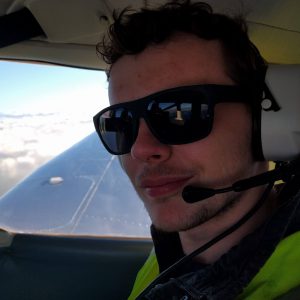 Thank you so much, Jordan, for my Christmas present and have a great birthday.